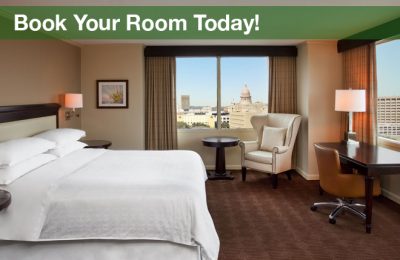 Sheraton Austin Hotel at the Capitol:

Sheraton Austin at the Capitol is in the heart of all Austin has to offer, from famous 6th Street, celebrated restaurants, to venues with live music any night of the week. The newly renovated hotel features modern architecture, relaxing surroundings and sweeping views of downtown.  The redesigned meeting space is inviting and features the whimsy of Austin. We look forward to welcoming SITE 2017 to Austin.

Special discounted hotel rates have been secured for SITE participants at the Hotel. To receive this special rate, hotel reservations must be made by: 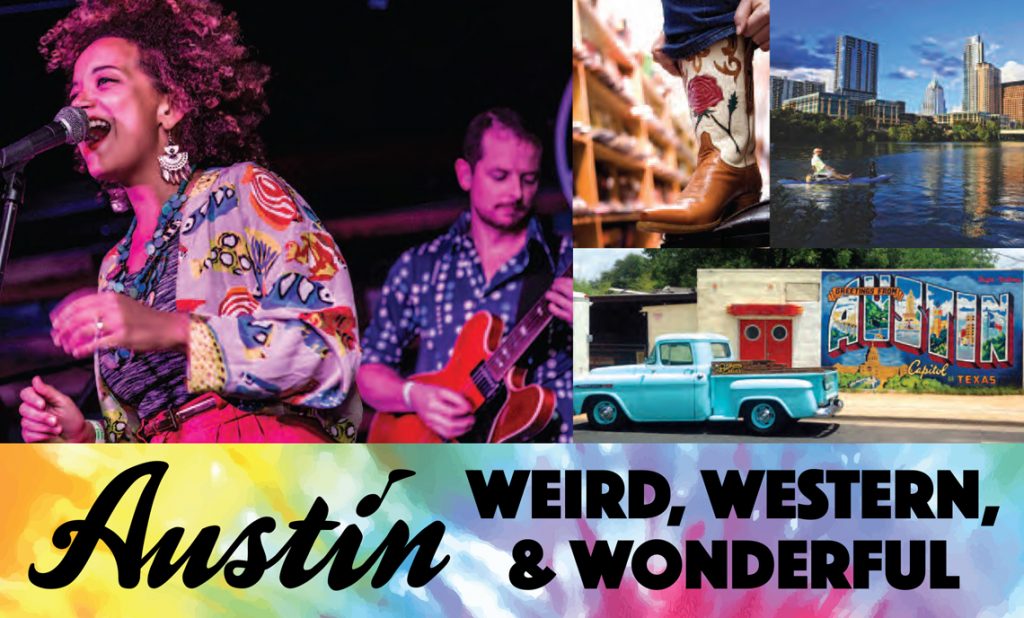 Live music capital of the world, an artists mecca, a bat haven, a culinary hot spot, and a place where cowboys and proudly self proclaimed weirdos live side-by-side. You might think we’re talking about several different cities, but you only need one ticket to experience it all. Austin, Texas, has for many years now experienced a boom of music, entertainment, culture, and world renown cuisine. This Texas town has a huge personality and is set on the stunning outdoor backdrop of the American Southwest. From the minute you set foot in this town there is one thing you can’t help but notice –Austin is a little weird – and in a good way! Known not only for its very eclectic array of residents, from cowboys to creative types, Austinites also pride themselves on supporting locally owned businesses, area artists, and the quirky culture and home-grown history of the city. People from all walks of life call Austin home, and they celebrate all things weird and off-the-beaten-path, creating a local community spirit of fun and authenticity.

You might be surprised to hear live music playing as you step off your plane at Austin’s airport. But you shouldn’t be. Live music is everywhere in Austin. As home to the longest-running music program in television history, Austin City Limits, and the annual host of the mega-festival South by Southwest, music plays a huge part in the story of Austin. Musicians play everywhere from grocery stores to city council meetings. Mostly, you’ll find Austin’s musicians in any of the 250+ live music venues around town. Nowhere is Austin’s melting pot persona more visible than Downtown. Just as busy and exciting during the week as it is on the weekends, this bustling area merges commerce with creative spirit and Southern-rooted cuisine with modern and innovative cocktails. It’s also home to the Texas state Capitol.

Finance and fun, philanthropic conservation and culture all brush elbows in the center of the city. You’ll find grand historic hotels, ultramodern homes, cute boutiques packed with local treasures and an arts scene that is very alive
and well with galleries and museums at nearly every corner. Austin isn’t just home to 880,000+ people. Starting in late March, Austin also welcomes nearly 1.5 million Mexican free-tailed bats – North America’s largest urban bat population – which roost under the Congress Avenue Bridge. When the bridge was built in the 1980s, folks didn’t realize the structure was a perfect model of the bats’ natural roosting nooks. Locals have adopted the beloved creatures as neighbors who happily handle the city’s bug mitigation and provide an amazing nightly show. 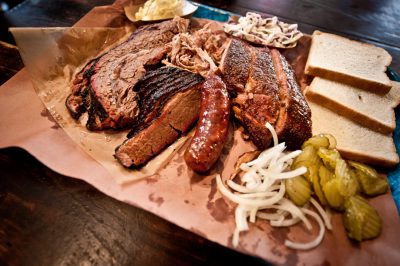 If you’ve come to Austin hungry, you’re in luck! The city’s menus are memorable thanks to celebrated staples like breakfast tacos and other genius Tex-Mex concoctions. The range of styles in Austin’s food scene is wide and varied. Austin has everything from modern and sophisticated restaurants of every kind, to down-home and award-winning barbecue joints. And no trip to Austin is complete without a park-and-eat experience at any of the many food trucks and trailer venues. From gourmet donuts to upscale savory sensations the city’s ongoing culinary conversation now has an accent that is so much more flavored than a predictable Texas twang. Bring your appetite for food and fun!